In this article we're going to look at the looking at late-round sleepers for keeper & dynasty leagues for 2018 fantasy football, and for 2019 fantasy football, because these are guys who are either likely to retire after the 2018 szn, or have contracts coming to an end and what it means for the players on their teams now, and why it might be worth taking them a round earlier, or two, in keeper and dynasty leagues because their situation could be $$$$ next year. 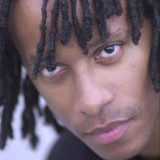 Hey! Just joined my first Dynasty League and just started my first draft. Right now I’m drafting for the future so after 8 rounds I have,:
Michael Thomas, AB, Guice, Kerryon Johnson, Kareem Hunt (thought I’d take a chance), Mayfield Christian Kirk, and D’Onta Foreman. Anyone else u think I should be looking out for with 10 rounds, left, plus three round rookie draft and three round taxi. I have a list of players I’m considering but thought I’d see who the experts expect good things from. Thanks! #1 Breakout Player in 2020 Fantasy Football At Every Position